As i do my research on the value of Traditional and Natural Medicine in the Philippines, i came to the website of Western Pacific Region of the World Health Organization and they got this article on the Health Service Delivery Profile in the Philippines as they compile it on 2012.

Let us take a look on its content as they reported the role of Traditional Medicine in Health Care Delivery Service:

The Traditional Medicine unit now the Philippine Institute for Traditional and Alternative Health Care(PITACH), an attached agency of the DOH supports the integration of traditional and complementarymedicine into the national health care system. It is responsible for carrying out the responsibilities stated in the Traditional and Alternative Medicine Act (1997) (currently being updated). There are also three national research institutions covering traditional and complementary medicine: the National Institute for Health, the National Integrated Research Programme on Medicinal Plants, and the Philippine Council for Health Research and Development.

Acupuncture services are covered by PhilHealth, but no other traditional or complementary medicineservices are covered. Acupuncture delivered in hospital is US$0.22-0.44, although private practitioners may charge up to five times more than a physician’s office fee. Traditional birthing attendants charge much lower fees than other birth attendants; PHP755-947 (approx USD15-20), compared to up toPHP3,175 (approx USD60) for a midwife, PHP7,000 (approx USD140) for a nurse, and PHP10,000
(approx USD200) for a physician. Almost uniformly, traditional medicine practitioners do not have setfees, and many accept donations.

Traditional and complementary medicine is practiced by private practitioners or healers, and in homesand barangay health stations. They play an important role in primary health care in the Philippines. Traditional birth attendants are used by a significant proportion of birthing women. In 2008 36% of deliveries were assisted by a traditional birth attendant, or Hilot. In 2002 there were 250,000 traditional healers in the Philippines. Compared to medically trained doctors,traditional medicine practitioners are far more accessible. While there is only one doctor for every 80,000 people, there is one traditional healer for every 300 people.

Traditional medicine and complementary medicine practitioners are recognised in legislation but havedifferent licensing requirements than conventional medicine practitioners/doctors. There are two formal professional self-regulating bodies for traditional and complementary medicine: the National Accreditation Committee for Acupuncture and the Board of Chiropractic both established in 2008. A committee for Homeopathy is in the process of being established. Also in 2008, the Philippine Institute of Traditional and Alternative Health Care issued competency standards for the practice of acupuncture for physicians and non-medical practitioners. In June 2009, a standardized curriculum for acupuncture certification, based on WHO 1999 guidelines, has been delivered to approximately 300 physicians. It is currently under evaluation. There are also plans for the regulation of Chiropractic, Homeopathy and Hilot-Massage. Training and education in traditional and complementary medicine, including at Masters
level, has been supported by several NGOs since 2008.

The Department of Health through the Committee of Examiners for Masseurs conducts bi-annual licensing for massage therapist in the country, consisting of theoretical and practical examinations. Those who pass the exams are given a license to practice massage in the country. The masseur’s license is renewable every 3 years with corresponding medical and continuing education required for it to be renewed.

Quality and safety of traditional medicine

The first edition of the Philippine Pharmacopeia for Herbal Medicine was issued in 2005. Other pharmacopoeia has also been used including those from the United States, Europe, India, China and Japan. The information in these is legally binding.
Guidelines on the Registration of Traditional Herbal Products were issued in 2004, and since then only 50 herbal medicines have been registered. There is a national essential medicines list, and the 2008 version includes five herbal medicines.

To get the full detail of this report, you may click on the link to view it. Health Service Delivery Profile 2012

This even are co presented by Hilot Academy of Binabaylan, Teatre Phileo, ViAre, UP Halcyon, Psychology Association of LPU-B, and Millenials PH.

Hilot Academy of Binabaylan is giving out 20% discount on all our Courses if you are a supporting member of Filipino Magick at BuyMeACoffee.Com.

People can support us on a monthly Basis for only USD 5.00 a month or you can pay a whole year of subscription for USD 50.00 only.

So what are you waiting for?

Benefits of becoming our Supporting Member in Filipino Magick

So Become our Supporting Member Now!

Lot 79 Phase A Francisco Ave., Brgy. Francisco Homes Narra, City of San Jose Del Monte, Bulacan, 3023, Philippines
+639952467040
hilotacademy@luntiangaghama.org
Our Physical location is open from Monday to Sundays from 9:00 AM to 5:00 PM and our virtual presence is open 24/7 just reach us out by sending us an email stated above. 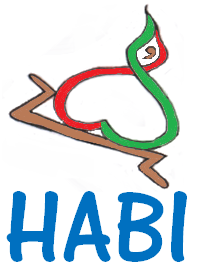